Arthur's Absolutely Fun Day! is an Arthur video game that was released in the United States for the Game Boy Color handheld console. It was released on September 7, 2000.[citation needed]

Wonderworld's mini-games can not be completed and do not award stars. The player is given the choice to keep playing or quit after a certain amount of time.

From left to right: Muffy, The Brain, Francine, Arthur

Arthur on the world map.

The wonderworld pass with five stars on it.

Arthur and Brain at the library. 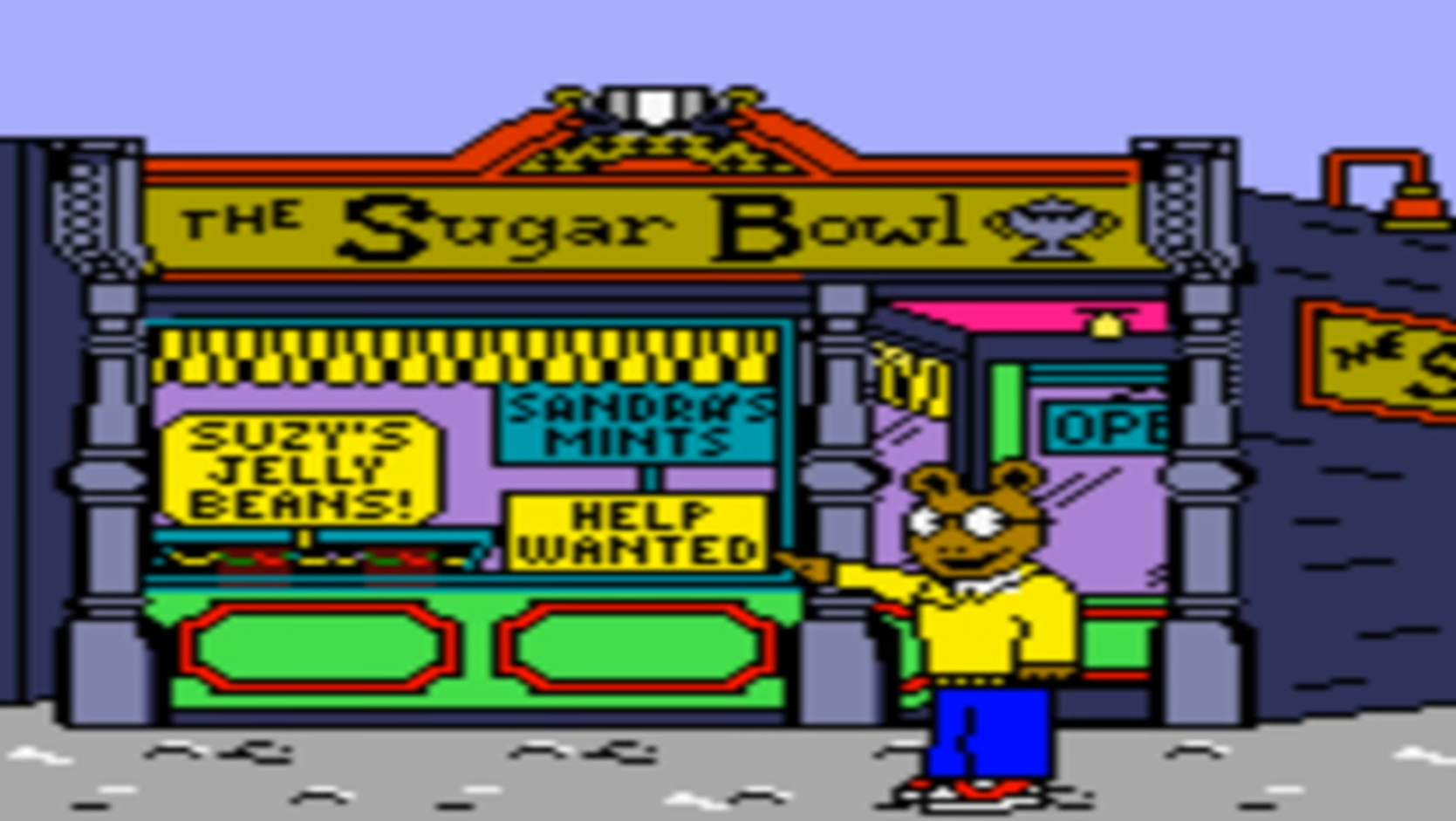 Arthur at The Sugar Bowl.

Arthur and Buster at the arcade.

Arthur is going to dive for treasure.

Arthur and Brain in carts.

Arthur and his friends play a hot-air balloon game.

Arthur looking at a dunk tank.

Arthur and Buster in bumper cars.

The skeeball scores.
Add a photo to this gallery
Retrieved from "https://arthur.fandom.com/wiki/Arthur%27s_Absolutely_Fun_Day!?oldid=404390"
Community content is available under CC-BY-SA unless otherwise noted.