"Arthur's Almost Live Not Real Music Festival" is the second half of the eleventh episode in the third season of Arthur.

Arthur and Buster have an imaginary music festival featuring the whole cast in songs based on their lives, themselves, and the library.

At the beginning of the episode, D.W. and Jane Read hear a noise that leads D.W. to the basement, where Buster and Arthur are pretending to make music videos. After Arthur promises that they aren't tricking her, D.W. agrees to watch, and the videos start.

The episode consists of five songs, including a reprise of Library Card:

The kids sing about the various books the library offers.

Brain sings about reading Strange Case of Dr. Jekyll and Mr. Hyde and then having a dream in which he creates a potion that turns him into an evil copy of himself. During a test at school, he drinks the potion and commits acts of vandalism. Then he finds that he transforms even without the potion. He tries to return the book to the library, but he turns into his evil self, who renews the book instead.

Arthur sings about wanting his dad to make chocolate cake and ice-cream instead of crazy experiments. Mr. Read sings about new strange foods he wants to create. Then D.W. sings about what food she does not want and Mr. Read finishes with more odd recipes. The song is accompanied by food-related snippets from previous episodes.

Mr. Ratburn sings about the homework he wants to give to his class, causing Buster to despair.

The kids sing about more books as well as story time and puppet shows.

The episodes finishes with D.W. remarking that the videos were okay for the Reads’ basement but would never work on real TV. 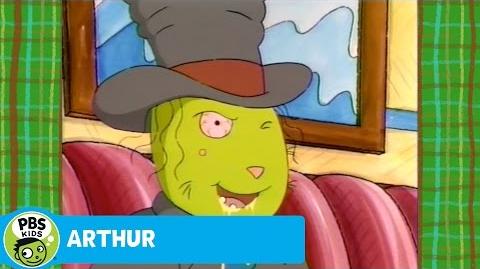 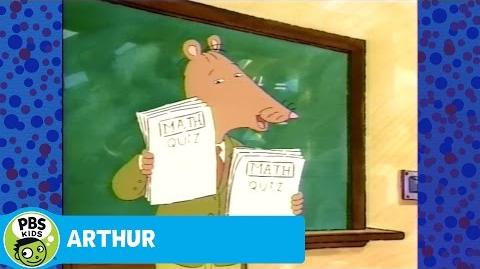