Arthur's New Friend is a video produced by Kideo.

"Winner of the iParenting Media award, Arthur will star with your child in the first ever photo personalized DVD! Watch your child, Arthur, D.W., Buster, and the Gang as they remember the time they planned a special party for your child! Experience the adventures that your child goes on with Arthur and hear him say your child’s name again and again!"[1]

The intro starts with Arthur looking for his photo album in his drawers and under the bed. Then D.W. shows up and tells Arthur it's time to read Hopalong The Frog to her because he had promised. Then D.W. notices the viewers and tells them maybe they read Hopalong the Frog. Arthur then tells her to go bug Mom and Dad, he and gives her his pizza slice. After D.W. leaves, Arthur finds his scrapbook and shows the viewers pictures of him with Pal and the President. He also showed them one picture of his new friend and remembers that day.

We shift back to the opening scene and Arthur thanks his new friend for a good time. Then D.W. comes in and plays the song F-U-N by Mary Moo Cow, which annoys Arthur, and the show ends with Arthur chasing D.W. 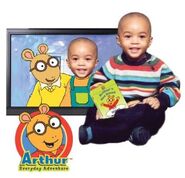 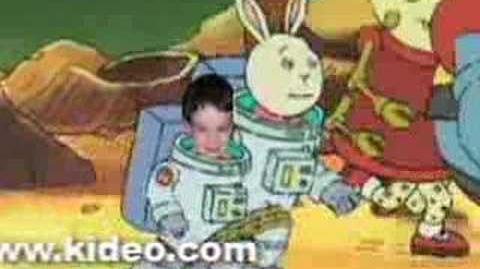 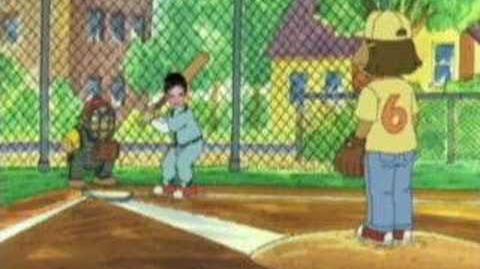