Start a Wiki
watch 01:32
The Loop (TV)
Do you like this video?
Arthur's Perfect Christmas is an hour-long Arthur special that first aired on November 23, 2000.[4][5] It has since been released on home videos.

While the residents of Elwood City get ready for Christmas, Hanukkah, Kwanzaa, and even "Baxter Day," they want their holiday celebrations to be perfect—but just what does that mean?

The special opens with scenes of citizens of Elwood City busy preparing for Christmas, while Pachelbel's Canon is played in the background on piano. Arthur then sings the first of many of the special's musical numbers, "Perfect Christmas," in which he lays out his list of the things he wants in the upcoming Christmas:

However, matters don't always work out quite as Arthur wanted it to. As the special progresses, a number of other storylines are revealed: D.W. wants a new toy called "Tina the Talking Tabby," for Christmas, but "Santa Claus" (Jane Read) is unable to find it at the mall while shopping for presents with Arthur. So, on Christmas morning, D.W. gets a toy duck called Quackers and throws a big temper tantrum. However, she changes her mind and eventually takes a liking to the duck.

Uncle Fred is going on a trip to Florida, but his car just so happens to break down in Elwood City on the way there. So for the meantime, he and his dog, Rory, are staying at the Reads' for Christmas. Eventually on Christmas Day, the car is fixed.

The timing of Francine's family's celebration of Hanukkah conflicts with that of Muffy's "holiday extravaganza," causing her to miss the party. When Muffy states that Hanukkah isn't as important as Christmas, Francine feels offended because she is Jewish, and yells "Well it is to me!" and stops speaking to her and calling her. Eventually, she and Muffy make up after Francine shows her how important Hanukkah can be; all because her family is Jewish.

And ever since Buster's parents got divorced, Christmas has been a difficult time for him and his mother. She wakes him up early on the days before Christmas and makes him pancakes, thinking that it's Christmas Day. Then he has to explain to her that it isn't Christmas yet. While Arthur, Buster, and their friends are at the party, they suggest he create his own holiday, Baxter Day. Buster is unsure, but he agrees to give it a try.

Every Christmas, Binky volunteers at a homeless shelter with his Dad, and this year, he's trying to bake something special to bring. However, he's forgetting some things in every recipe, like not removing the shells of the pecans when he makes pecan pie, unpeeling the bananas when he makes banana bread, and adding sugar when he makes brownies. As soon as Muffy's party is over, Arthur walks into the living room.

George's family is revealed to be Swedish and they celebrate Saint Lucia Day.

In the end, things don't work out quite as everybody may have hoped they would, but it seems to be for the better (assuming Arthur can ever get D.W. to stop her new toy "Quackers" from singing "Quick, quack, quaddy-quack") as Arthur wishes the audience a happy holiday.

The special has been released on DVD and on VHS prior to the format's demise. VHS copies are no longer in production. The original DVD and VHS releases were made available on September 12, 2000. A DVD re-release carrying the PBS Kids logo was released on October 9, 2012. This release includes printable coloring pages and activities on DVD-ROM, two "A Word from Marc Brown" segments, and the usual promos for PBS Kids programming of this era. Closed-captioning and descriptive-video features are available on this release. The special may be viewed via the Amazon Video service and is currently free to stream for those with Amazon Prime. 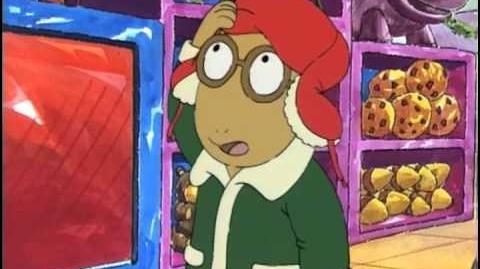 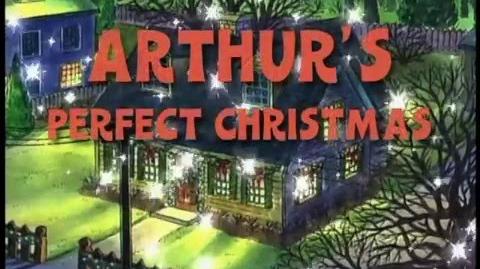 ARTHUR Arthur's Perfect Christmas
Add a photo to this gallery

Retrieved from "https://arthur.fandom.com/wiki/Arthur%27s_Perfect_Christmas?oldid=392129"
Community content is available under CC-BY-SA unless otherwise noted.