"Arthur's Snow Biz" is the first half of the third episode in the eighth season of Arthur.

It is winter, and Arthur's snow shoveling business is booming — that is until Buster plans to get in on the action. As the temperature drops, the competition heats up.

Arthur and Buster are seen arguing about how best to share a pogo stick, and Arthur starts to wonder if all best friends fight. Some examples are shown, including the Wright brothers arguing who gets the next ride on the Flyer, Dr. Frankenstein's assistant arguing that it should not just be "Frankenstein’s monster," and in the refrigerator jelly is arguing that it should be "jelly and peanut butter" (alphabetical order).

On a Saturday in winter, Arthur wants to play with Buster, but his mom makes him shovel the driveway first. Mr. Molina offers him five dollars to shovel their driveway too, since Alberto has the flu.

Afterwards, Arthur meets Buster at The Sugar Bowl. He suggests that Arthur should go into business.

Arthur shovels a few driveways for money, then meets Buster, who has the same idea. They team up, but right at the next house, they quarrel. Buster wants to keep eight of fifteen dollars because he was first at the house, while Arthur accuses Buster of not doing his share of the work. They part in anger.

After a snowy night, Mr. Read wants to let Arthur sleep in, but Arthur is already busy. When Arthur comes to the Molinas’ house, Mr. Molina has already promised the job to Buster, who has advertised with self-made posters.

Arthur has posters made at a print shop which costs him $10. He has another quarrel with Buster when they both stick their posters to the same telephone pole.

At home, D.W. offers to help for a fee. She is to small to shovel, but she is good at getting customers, since no one says no to a four-year-old girl. Buster is angry, and starts advertising with a tape recorder and a megaphone.

Both Buster and Arthur break their tools and have to buy new ones. They cover each other's posters with their own and keep lowering their prices.

When Arthur arrives at Grandma Thora’s house, he is hurt that she gave the job to Buster for $1. Arthur offers to do it for free.

On his way home, Arthur meets Francine, Muffy, and Binky, who have enjoyed playing in the snow. Buster overhears their conversation. Both boys look unhappy.

In the evening, Arthur is exhausted and has only made ten dollars, minus one for D.W. He is relieved that the next day is a school day.

The next day, school is cancelled because of more snow. Arthur goes to work. He passes kids having fun and meets Buster. Both have blisters and have accepted jobs for ridiculously low fees. Muffy arrives with a snow plow driven by Bailey. The boys agree to give her their jobs, spend their combined profits on a new sled, and go sledding as best friends, finishing the episode. 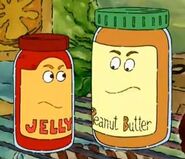 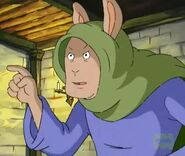 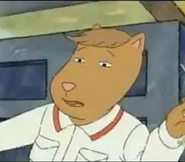