"Binky's 'A' Game" is the first half of the first episode in the twenty-first season of Arthur.

When Binky gets an A on his test, Muffy and Francine are convinced that he cheated. 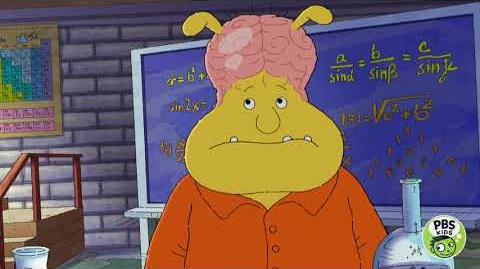 ARTHUR Binky Got an "A"?!
Add a photo to this gallery

Retrieved from "https://arthur.fandom.com/wiki/Binky%27s_%27A%27_Game?oldid=408207"
Community content is available under CC-BY-SA unless otherwise noted.