"Binky's Music Madness" is the first half of the tenth episode in the seventeenth season of Arthur.

Everyone loves the Bang on a Can All-Stars, a funky experimental music group that's touring around Elwood City. Everyone that is, except Binky. A musical purist, Binky thinks their nontraditional sound is just a bunch of noise and sets out to prove it. Will Binky succeed, or is he headed for treble?[4]

The intro begins with Arthur explaining that Binky can play different types of music. He then states that he likes challenging music and proceeds to play a sample, but then, Binky stopped him. Arthur thought he liked it. Binky stated it's great, that the viewers had been warned, and walks off. Arthur then tells the viewers that they can handle it, then presses play, winding up the intro.

The next day, they tell Binky about the Bang-On-A-Can All-Stars. They gave him music to listen to, but after school, he decides to clean his ears out with real music, but didn't succeed. He ran home, thinking there's something wrong with his ears. At home, his mother checks them, and concludes that his ears are fine. Binky was befuddled.

Then Binky goes to the Sugar Bowl, upset that his friends gave him that music. Then Buster arrives and listens to the music to Binky's frustration.

That night, he was playing his clarinet when loud noises started bugging him. So he went to sleep. He dreamed that his friends were zombies and that his clarinet sounded like a duck. He woke up scared, but the noises gave him a great idea. So he recorded all the sounds and put them on a CD.

The next day, he plays his CD and concludes that it took him three days and three nights to make it. His friends thought it was great. Then the Bang-On-A-Can All-Stars arrive and they play, finishing the episode. 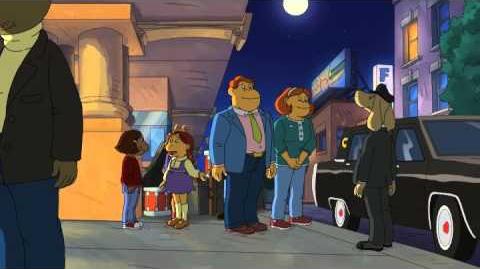 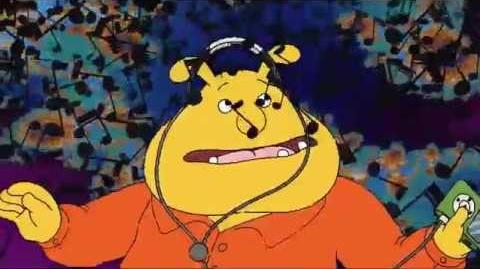 Retrieved from "https://arthur.fandom.com/wiki/Binky%27s_Music_Madness?oldid=408298"
Community content is available under CC-BY-SA unless otherwise noted.