Elwood Community Preschool[1] (formerly Elwood City Preschool[citation needed]) is where D.W., Emily, James, Bud, and The Tibble Twins currently attend school. They are taught by Ms. Morgan. Most of Arthur's friends used to go to here (as seen in flashbacks). It also serves as a day care center. While most of the kids currently seen are between the ages of four and five it was revealed that there are also three year olds that go here with Vicita currently being the only known one.

In the episode "Double Tibble Trouble," two names most likely belonging to two of the unnamed preschoolers are seen in Timmy's get-well card. Another is seen in the book D.W.'s Guide to Preschool.

Almost all the students in the class are shown here. 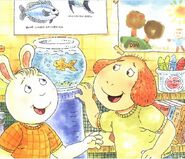 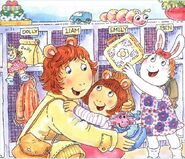 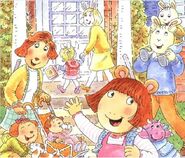