Start a Wiki
watch 01:51
The Loop (TV)
Do you like this video?
The Horrendously Horrible Happening books are a series of children's novels by Persimmony Glitchet. They are a parody of Lemony Snicket's A Series of Unfortunate Events. Fern and Francine are two characters known to be big fans of the series, while many other characters also seem to enjoy the books. 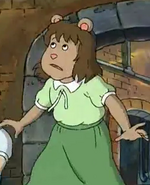 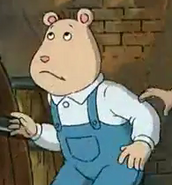 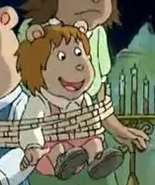 "Bronte Orphan Number 3"
Add a photo to this gallery

Book 1, "The Calamitous Commencement," is mentioned by Fern in "Fern & Persimmony Glitchet." Only a small amount of the cover is shown in an extremely blurry shot.

Fern says that in the book, Duke Vladimir kidnaps the three Bronte orphans. He puts them in a box in front of an audience, and performs a magic act, making them disappear, then saying that there is no time in the show to make them reappear. Fern seems to have enjoyed this book a lot.

After tying up the Bronte orphans, Duke Vladimir forces them inside a box

Not much is known about this one, as its only mention was that Victor Bronte wrote a letter in invisible ink.

Book 10, "The Awful Aquarium," is mentioned by Francine in "Fern & Persimmony Glitchet." Once again, only a small amount of the cover is shown in an extremely blurry shot.

Francine says that in the book, the orphans find a home with their Uncle Max, until Duke Vladimir captures the youngest orphan and threatens to feed her to sharks unless the other two children give him all of their fortune. The two are forced to do so, rescuing their sister and handing over money to Duke Vladimir. Francine seems to have enjoyed this book a lot. This is a parody of when Count Olaf locked Sunny Baudelaire in a birdcage a threatened to drop her. 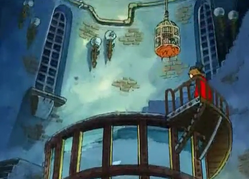 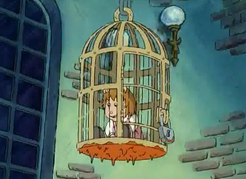 The smallest orphan in the cage 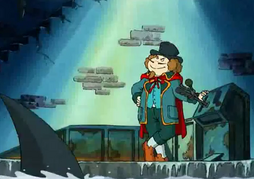 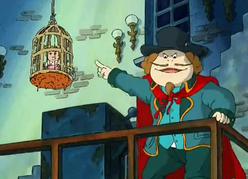 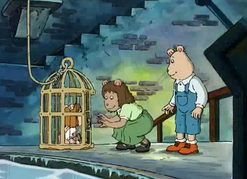 The orphans rescue the smallest orphan 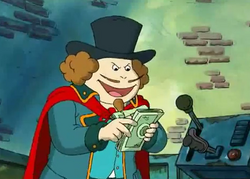 Book 13, "Horrible Alps," is seen in "Fern & Persimmony Glitchet," where Fern and Francine mention that it ends with all three Bronte children dangling from a cable car over the Alarming Alps. 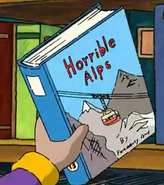 Cover
Add a photo to this gallery

There is actually a discrepancy as to what book 14 is called. In "Fern & Persimmony Glitchet," book 14 comes out, called "The Dreary Delicatessen," yet in "I Owe You One," Arthur is seen reading a Persimmony Glitchet book called "The Bellicose Bathroom." Though it isn't confirmed that this was part of the series, it has the same back and book number on the side that the other books in the series had. 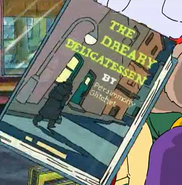 The Bellicose Bathroom Book Cover
Add a photo to this gallery

Retrieved from "https://arthur.fandom.com/wiki/Horrendously_Horrible_Happenings?oldid=404553"
Community content is available under CC-BY-SA unless otherwise noted.