Lucy is the maternal aunt of Arthur, D.W., Cora and Kate.

Lucy grew up near an unidentified town on Grandpa Dave's farm (inferred as her father, Grandpa Dave, is said to have lived there for a long time).

During a timeout in her room, D.W. exaggerates past events and makes them sound worse than they really were; like not being able to attend Lucy's wedding, and being forced to stay home and work as a housemaid instead. "Go to Your Room, D.W."

Arthur's family once had to spend the night at Lucy's house because of car trouble. "Night Fright" 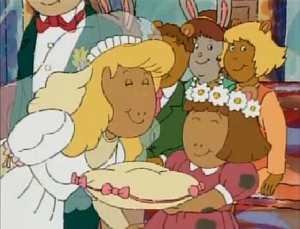 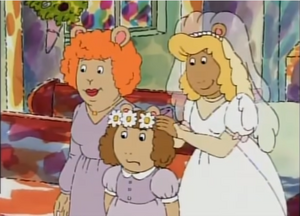 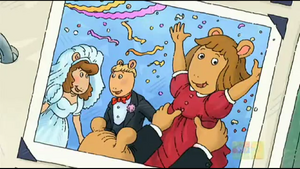