Start a Wiki
watch 01:51
The Loop (TV)
Do you like this video?
Palisades Park is a park with a couple of caves called "Clark Caves", where people go spelunking.

Mr. Ratburn assigns his class to build a replica of a cave since they are going on a field trip to Palisades Park. Arthur thinks that he might be scared of caves. He tells D.W. and his friends, and they make fun of him.

At the park a tour guide tells them about the cave they will be going into.

Inside the cave most of the kids are fine (even Arthur), but after Francine and Mr. Ratburn see bats, they get scared and leave the cave as quickly as possible. In the end everybody ends up making fun of Francine. 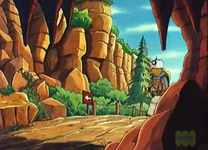 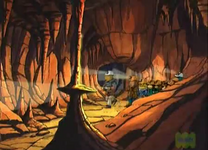 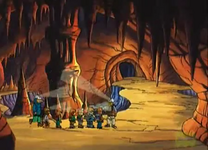 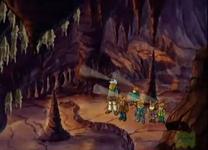 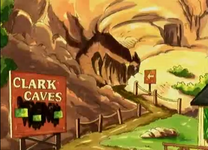 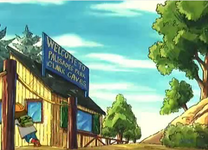 Add a photo to this gallery
Retrieved from "https://arthur.fandom.com/wiki/Palisades_Park?oldid=382081"
Community content is available under CC-BY-SA unless otherwise noted.