"Speak Up, Francine!" is the first half of the sixth episode in the seventeenth season of Arthur.

The local creek is polluted! The culprit: pesticide run-off from neighborhood lawns. Francine is determined to get the word out at the annual Earth Day rally. But will a crippling fear of public speaking derail this aspiring environmental activist? [4]

In the introduction, Arthur stands on a stage and introduces Francine as a natural-born leader who loves being in the spotlight. However, Buster and Muffy have to drag a struggling Francine to the microphone. When she is supposed to give a speech, she faints.

Francine, Muffy, Arthur and Buster want to have a picnic in the park, but Buster notices dead fish in the creek.

Francine talks to her dad about the fish. He tells her, that it is because people use too much lawn fertilizer and the chemicals get into the water.

The kids make a video about using too much fertilizer starring Buster and Arthur as lawn owners and Francine as the narrator. The video is popular on YouWho Tube and Mr. Frensky tells the kids, that the Elwood City Parks Department wants one of them to give a speech on Earth Day. Since Buster wants to talk about aliens and Muffy's family is not particularly environmental, the kids choose Francine.

At school, Francine is supposed to give a report on Luxembourg. After Muffy introduces her and mentions her Earth Day speech, she gets nervous and messes up the report.

Francine is afraid that her nervousness will ruin her big speech. Muffy tries to boost Francine's confidence, but only makes it worse. Ladonna offers to help, since she has had rhetoric lessons at her old school. She tricks Muffy into agreeing.

Ladonna tells Francine to memorize her speech, look at the audience and smile. She also makes her do exercises to improve her posture and breathing.

Eventually, Ladonna wants Francine to give the speech in front of her friends, for practice. This causes a Star Trek-fantasy leading to system failure and Francine walking away. Francine wishes that someone else would give the speech.

On Earth Day, a crowd is gathered in the park. Ladonna begins giving Francine's speech, but the wind blows the script away and she has not memorized the words. Francine walks up and takes over. She quickly loses her nervousness and gives a great speech, though she does not follow her original script. After the speech, Ladonna congratulates her and Muffy tells her that she uploaded the speech on YouWho Tube, so Francine will probably be invited to give more speeches. Francine runs away with Muffy in pursuit. 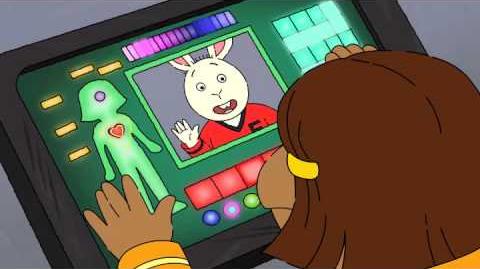 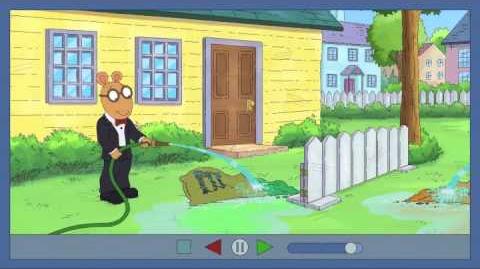