"Sue Ellen & the Last Page" is the second half of the third episode in the twenty-first season of Arthur.

The City Council has voted to close the library! Can Sue Ellen save it before it is too late?

In the introduction, Muffy shows Francine and Sue Ellen her YouWhoTube channel and invites them to come and make a video tour of Muffy's favorite places. Sue Ellen wants to introduce the library and sees a sign in front of it saying that the library may be closing.

Sue Ellen and the Last Page

The girls help Miss Turner pack some books. Francine and Sue Ellen are horrified, while Muffy is more interested in her tablet computer. Miss Turner tells them that anyone can speak at a council meeting regarding the closing of the library and Sue Ellen decides to do that. She imagines herself as the superheroine Library Saver who saves the library from a wrecking ball.

At school, Sue Ellen asks her friends to hand out flyers. They hand out flyers downtown and at the ice-cream shop and deliver them to people's houses by bike.

Sue Ellen is disappointed that relatively few people attend the council meeting. She gives a moving speech which is filmed by Muffy.

The next week at school, Sue Ellen learns that the council voted to close the library. Muffy tells Sue Ellen that the video of her speech has got over 600 hits, but Sue Ellen is just sad.

Later, Sue Ellen helps Miss Turner in the library and finds her name on a book's lending list. Muffy tells her she got all Scare-Your-Pants-Off books from the library and does care for it. She shows Sue Ellen an edited video of her speech which has attracted 742 hits. She suggests making another video to ask for donations. Miss Turner tells the girls that just getting donations from many people might convince the council to reverse their decision.

Sue Ellen interviews her friends who like the library for various reasons, like Miss Turner's recommendations, story hour, the book club, lecture series or Zumba lessons.

When the girls next visit the library, Miss Turner is talking on the phone. Muffy sees a picture of her parents dancing at the library as teenagers. Miss Turner tells them that the city council will give enough money to keep the library open, but they will have to cut some programs. Sue Ellen shows her how much money they raised while Muffy says that she knows who to ask for help.

Some timer later, the Crosswire parents open a new media center in the library out of appreciation for meeting each other at a library dance. All start dancing. 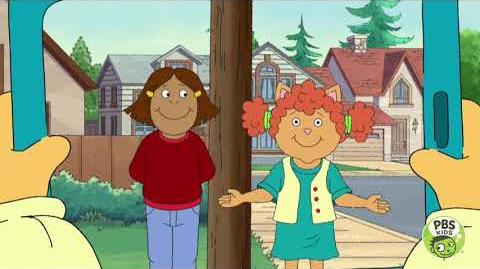 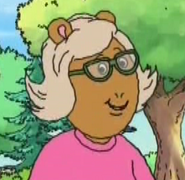