The show opens when Arthur asks the viewers if any of their friends will remember him if they become famous, then it goes into a fantasy of Brain winning the Nobel prize. It cuts back to current times with D.W. telling the camera man that Arthur fell down. Francine sends Arthur an invitation to the 2014 Winter Games. She tells him that all he has to do is write an essay on why he wants to see Francine win a gold medal. After Francine left, Arthur tells the viewers that Francine is the only friend that he knows is a legend in his mind. D.W. tells Arthur that Michelle Kwan did the toothpaste commercial, but Kwan corrects D.W., and states that she is an ice skater. D.W. gets upset that she has never seen a celebrity.

Lakewood is determining the Athlete of the Year and Muffy is convinced that Francine will win. However at the ceremony, Jenna won the award instead of her. Later, Francine confronted Mr. Haney about why she wasn't chosen instead. Mr Haney explains that Jenna Athlete of the Year award because she excels at sports Francine doesn't like badminton and skiing. Francine scornfully replies that Badminton is for wussies.

She tearfully tells Muffy that Mr Haney and the student board found that Jenna was the best representative of the athletic ideal. She discusses this with Muffy, who plans to make a petition to make Francine the Athlete of the Year.

Unfortunately, her signature is the only one on the petition. So Francine and her friends choose to give her a party, which flops. When Jenna sees the posters for the second party, she tells them to cease and she runs in the girls' restroom. Muffy goes to confront Jenna saying it was Francine who deserved to win that award but Jenna angrily and sadly admits that she understands that Francine should have won and sick that she is rubbing it in her face and runs out of the girls' restroom crying. Francine heard the whole thing and feel guilty and tried to give an apology, but Jenna ran off and when Muffy think she did a good job telling her off, Francine just tells her to stuff it much to Muffy's surprise.

That night, Francine sees Michelle Kwan on TV and saying how ice skating is dumb and how she can do it easy, then she has a dream that Michelle Kwan is teaching her to skate. Francine keep on falling and admits that skating is actually hard and it is not easy as it looks. Michelle encourages Francine that she can do it and tells her to try it again before Francine wakes up. The next day, she and Jenna forgive each other and Francine finally congratulates Jenna, finishing the episode. 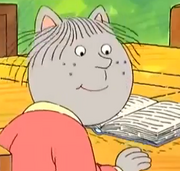 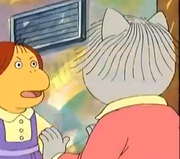 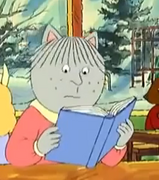 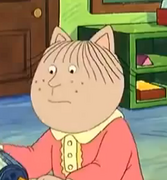 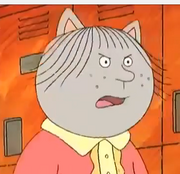 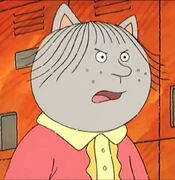