"The Hallway Minotaur" is the first half of the seventh episode in the twentieth season of Arthur.

George is appointed hallway monitor by Ms. Tingley, but will the job be hard because people don't listen to him?

Arthur and Ladonna discuss theories as to why Mr. Haney moved away. Ladonna thinks he took a vow of silence and Buster thinks he's now in space. George thinks that Mr. Haney got arrested and says that he spends his time avoiding trouble; he is then called to the principal's office.

Ms. Tingley explains that Mr. Haney left to build a school in Tanzania. She notes that George has never gotten in trouble before and appoints him the school's hall monitor. He struggles to enforce the rules, and Arthur and Buster think he is joking. He is intimidated by both Binky and an unnamed aardvark.

That night, George discusses his role with Wally, who initially confuses "monitor" for "minotaur." He gets the idea to start enforcing consequences for breaking rules. He encounters Arthur and Buster again and gives them "points" for running in the halls. George proceeds to give points to Sue Ellen and Prunella, then puts Binky on "his list" to scare him.

George is called back to the principal's office, where he is given "the complete student rulebook." George is now confident in his duties, and at lunch, he gives Brain and Buster points repeatedly for minor offenses. He soon notices that he has lost his friends for giving them so many rules.

That night, George dreams that he is a minotaur in a large maze, scaring everyone away. The students are told to go to the cafeteria for a special message from Mr. Haney, and they all walk very slowly. Brain is in charge of getting the HDMI cable, moving incredibly slowly to avoid getting "demerits" from George.

George runs to get the cable for Brain. Ms. Tingley is about to punish him, but then suggests that they go see Mr. Haney. After the speech, Ms. Tingley is inspired to completely remove the rulebook, and George agrees. He throws his hall monitor hat on the ground, only to run back and pick it up. 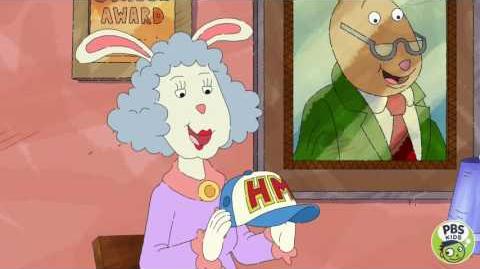