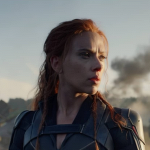 Welcome to
My profile page

I grew up with Arthur and honestly, I love it and I try to watch it every day. I am a huge fan now and I decided to contribute to this wiki.

Retrieved from "https://arthur.fandom.com/wiki/User:Angry_Hearts?oldid=97791"
Community content is available under CC-BY-SA unless otherwise noted.