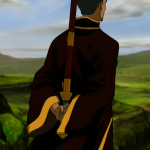 Hi, I'm Annawantimes — an avid fan of Arthur. My favorite episodes are typically the older ones; the newer episodes are not as good as the originals, in my opinion.

I joined in May 2011 and edited sporadically until I earned administrator rights in September 2011. I was an admin until April 2012, when my activity really dropped off. I then remained inactive for a while, and now, as of May 2013, I hope to began editing actively once again.

Retrieved from "https://arthur.fandom.com/wiki/User:Annawantimes?oldid=174970"
Community content is available under CC-BY-SA unless otherwise noted.